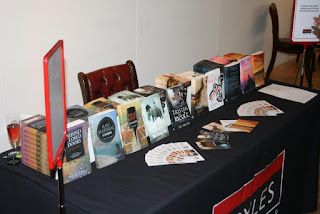 I feel liberated.
Posted by LibraryCat at 09:22