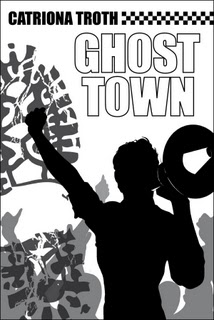 1981. Coventry, city of Two Tone and Ska, is riven with battles between skinheads and young Asians.

Photographer Baz—‘too Paki to be white, too gora to be desi’—is capturing the conflict on film.

Unemployed graduate Maia—serial champion of liberal causes—is pregnant with a mixed-race child.
Neither can afford to let the racists win. They must take a stand.
A stand that will cost lives.

"Ghost Town  transported me back to a time (late 70's early 80's) when I was young and like a lot of my contemporaries found my life shaped by bigger events around us. It was an era when skin heads and racism led to many confrontations and a deep anger which was the catalyst of an exploration of identity and making a stand. I would not have entered the Theatre if it wasn't for those years and the coming together of many of us and the explosion of culture and music that has evolved and endured. Catriona captures these young hearts, full of hope and love and fight. I found myself rooting for Baz and Maia right the way through, and came away with my own memories and humming all the songs from The Specials."
Sudha Bhuchar, Artistic director of Tamasha; actor and playwright. 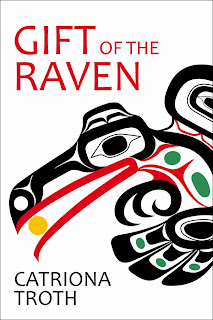 Terry always believed his father would return one day and rescue him from his dark and violent childhood. That’s what Indian warriors were supposed to do. But he’s thirteen now and doesn’t believe in anything much.

Yet his father is alive. Someone has tracked him down. And Terry is about to come face to face with the truth about his own past and about the real nature of the gift of the raven.

“Don’t be fooled into thinking that, because this is an easy read, Gift of the Raven is light on content. Far from it: there is an underlying richness and a profound sense of compassion pervading through the narrative, and the spirit of the story stays with you for a long time.”